Notes from the road: Raleigh

Bruce Springsteen and the E Street Band opened their triumphant return to Raleigh, North Carolina with a powerful one-two punch: the title track from High Hopes followed by “Badlands.” With fists pumping and voices lifted, the audience was right there with them. The powerful yearning of those opening numbers gave way to the joy of “Out in the Street,” with Bruce making his first of many trips halfway out onto the floor of the arena. While he was surrounded by the crowd, a fan handed him a tiny toy saxophone. So as Jake Clemons soloed from the main stage, Bruce “played” right along with him.

The fourth song of the night, “Growin’ Up” helped set the stage for the rest of evening. Bruce sang it for his daughter Jessica, who was in the crowd with a number of her fellow seniors, just days away from college graduation from nearby Duke University. While Jess might be used to it, there is now a whole group of students who can rightfully claim that Bruce Springsteen played their graduation party. Bruce made a memory for three of the grads when he brought them up on stage to help him sing the last verse of the song.

Since tonight was a family affair, the Queen of E Street, Ms. Patti Scialfa, also played a starring role. Thanks to a sign request pulled from the audience, she and Bruce had a beautiful duet on “Brilliant Disguise,” one of many moments when the two would share a microphone tonight. This segued into “Atlantic City,” with Bruce taking the last verse slow and quiet, the haunted despair of the song’s narrator “tired of coming out on the losing end.” For a moment, it was a dark night in southern Jersey, and a desperate man was trying to piece together a way out — even if it meant doing something worse. Doing the wrong kind of favor.

As with many nights with Bruce and the band, there is a journey from light to darkness and back into the light again. This time we were brought back with the horn showcase that is this tour’s lively incarnation of “Johnny 99.” Later a lustful “I’m on Fire” led nicely into “Because the Night,” followed by a classic Born in the U.S.A two-fer, “Working on the Highway” and “Darlington County.”

Tom Morello’s vocal and guitar work on “The Ghost of Tom Joad” is a highlight of the show, with lightning-fast fret work and, oh yes, a guitar plug solo as well. It has to be seen to be believed.

The encore opener was the rarely played cover of “Pretty Flamingo,” a 1966 hit by Manfred Mann (yes, the same Manfred Mann who took Bruce’s “Blinded by the Light” to the top of the charts.) As Bruce said tonight, it’s a song that the band used to play way back in 1974. Though the song was prompted by an elaborate pretty flamingo sign from the audience, it was also clearly a favorite of Patti’s, and she joined Bruce front and center for the harmonies.

“Glory Days” was played for “the graduates,” and in past shows there might have been two… or five… or ten… or more … people up on stage to boogaloo with Bruce during “Dancing in the Dark.” Tonight it was perfectly fitting that Bruce brought his daughter up on stage as the only dancer. “Tenth Avenue Freeze-out” and a full-band “Thunder Road” brought the show to a close. The world’s largest graduation party? Not sure. One of its best? Definitely.

Notes from the road: Tampa

Highlights From Down Under 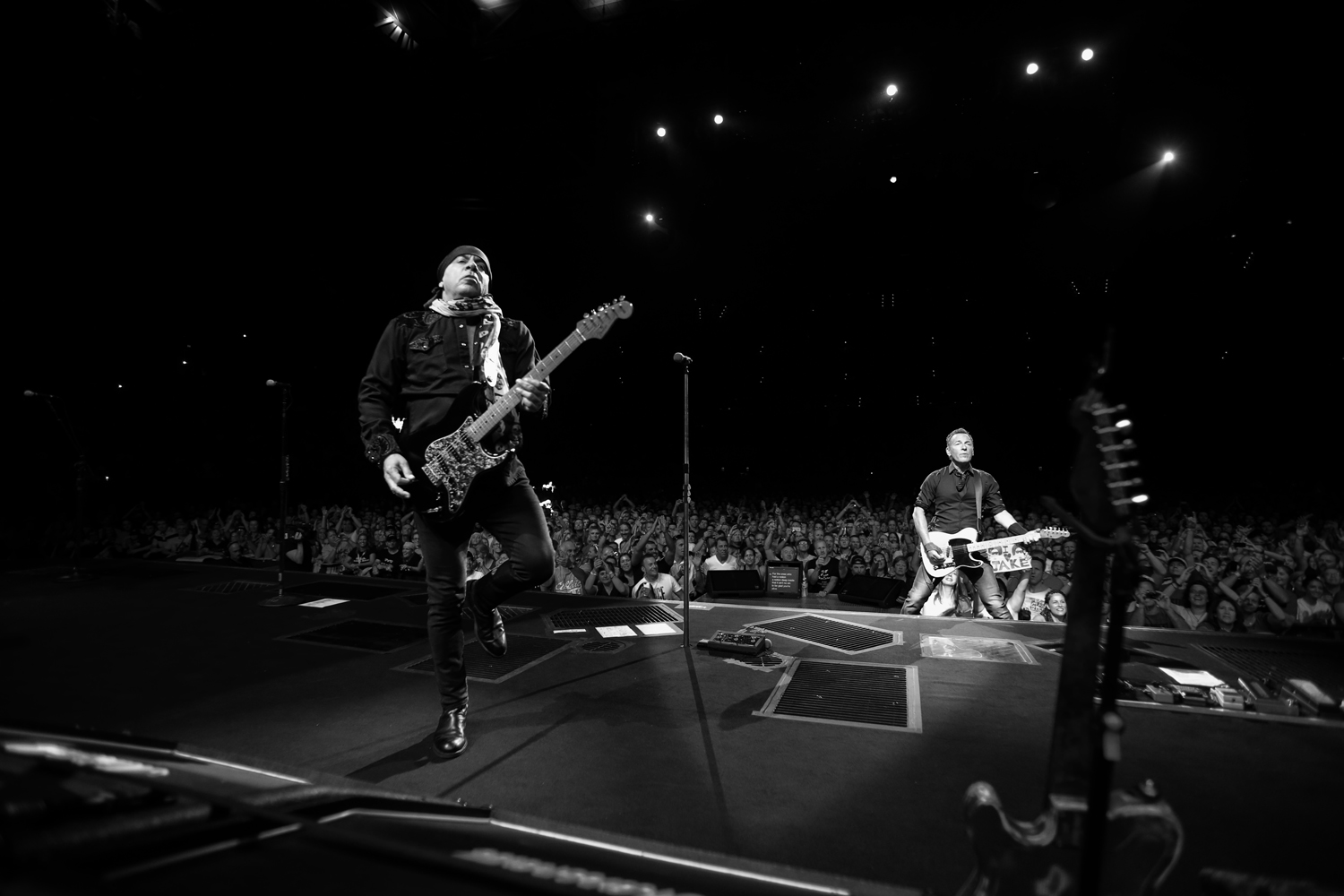 Photos from the road: Perth, February 7