Notes from the road: Sydney, Night #1

The E Street tour bus has hit Sydney and Bruce kicked off the first of his three gigs in the city with a sold out show at Allphones Arena. Packed to the rafters, Bruce picked up on the spirit of St. Patrick’s Day and began with a full-blooded American Land, which was followed by an absolutely searing Prove It All Night. More signs are starting to appear at the Australian shows and three songs in Bruce reached into the audience: Adam Raised A Cain was the result.

With the twin guitar attack of Nils and Tom, the opening gambit had the house rocking, but it was Bruce’s own scorched earth lead guitar parts that impressed the most.

Early on Bruce let the audience know what had been on his mind ever since he took that plane to ‘fly thousands of miles over shark infested waters’. His last Sydney gig went down in infamy as the night the power went out and then went out again… and again. Tonight Bruce welcomed the audience to the ‘scene of the great power failure’ before adding ‘it took nine years for my penis to grow back!’ Thankfully, the electricity was cranking tonight and Bruce turned the venue into one giant sing-a-long for Hungry Heart.

Back on stage it was time for the stunning one-two-punch of Candy’s Room [yes, it’s worth mentioning Bruce’s guitar parts again] and She’s The One. It’s gets better: next up was Youngstown.

It’s great to see that Bruce, even with new man Morello on board, is still ringing the changes with the set list. High Hopes got its second airing and Pay Me My Money Down had its’ Australian debut. The Ghost Of Tom Joad, with Tom sharing verses, is becoming one of the corner stones of the show. It’s worth tipping the hat to Charlie on organ who is pulling stunning organ sounds, particularly on Spirit In The Night.

Badlands, like everything off Darkness that featured tonight, was fantastic. So much so, that, when the lights dimmed for the encore, the audience kept singing … and singing. As the show hit the final furlong and the house lights were up for Born To Run, Bruce pulled out another jewel: a fantastic cover of Moon Mullican’s rockabilly classic, 7 Night’s To Rock. Giving it his all, Bruce headed over to Roy’s piano, crouched down alongside the pianist, and started banging his head on the keys. So the gig is now in that zone where day-to-day life is forgotten. We’re all here on Planet Bruce. 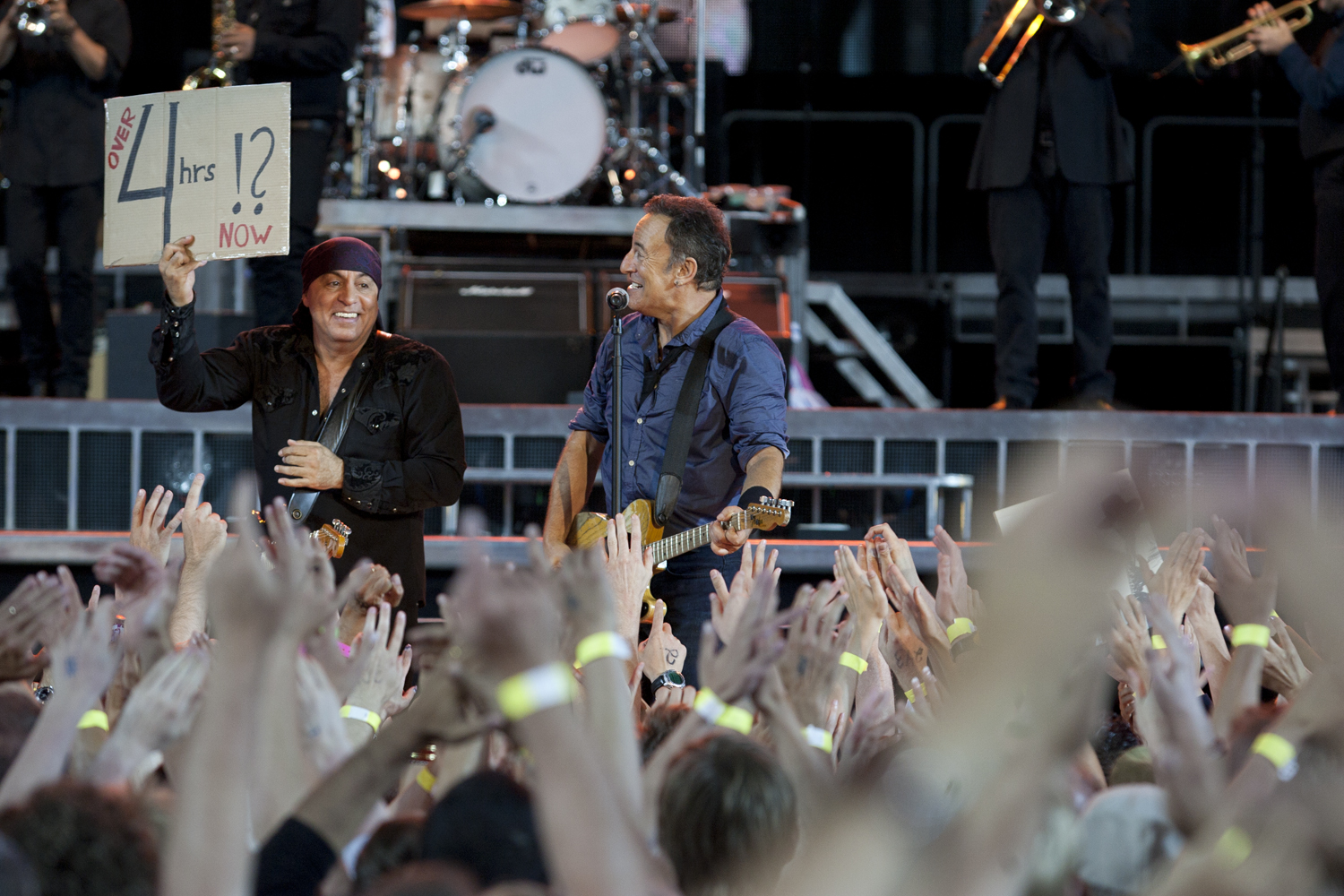 From the road: Helsinki

Notes from the road: Turku, Finland #1