Notes from the road: Melbourne, Night #1

Ever since the E Street Band hit the opening strains of We Take Care Of Our Own in Brisbane ten days ago, the jungle drums have been beating all down the east coast of Australia Finally, after ten years, Bruce is back in Melbourne for three nights at the Rod Laver Arena. The word of mouth regarding the Wrecking Ball shows has created a buzz across the continent. Already, Bruce and the band, in two towns, over five nights, have played over sixty different songs. Tonight they kick off with a killer take of Out In The Street: five minutes into the show Bruce is already on the floor of the arena. If ever a joint was jammed, it’s this one. Next up Bruce calls out Promised Land, which is followed by the Australian tour debut of a stunning Something In The Night.

Tonight the band arrive on stage with a head full of steam: Wrecking Ball is terrific and so is Death To My Hometown, then Bruce’s spots the largest sign you’ve ever seen for Hungry Heart. Soon he’s in the stands turning down a marriage proposal, for obvious reasons, and leading the audience in a massive sing a long.

So “after crossing continent after continent, island archipelagos and shark infested waters”, Bruce soon finds himself on stage holding a, wait for it, … a rubber shark. The next big question was “can you feel the spirit?” The room certainly did.

The band is now so simpatico with Australian audiences that a relative obscurity like High Hopes is going down like a back catalogue classic.  Signs on this trip are grabbing Bruce’s attention: especially when they’re battery powered like the one for The River or the multiple option sign that saw Prove It All Night, with the ’78 Intro’, the winner over Incident On 57th Street.

Here it’s impossible not to recognise the mighty axis of the original E Street Band. Roy Bittan is without peer, Garry W Tallent is melodic and rock solid and Max Weinberg is simply… the great Max Weinberg! Nils Lofgren’s contribution to Prove It All Night deserves its’ own fan site: he began by playing acoustic guitar in the introduction and finished with a blinding solo on the electric guitar replete with pirouette.

As the house lights pulsed to Max’s bass drum the band dug deep on Seeds, the ending of which was performed twice! Johnny 99 now sounds like a lost rockabilly classic that Sam Philips missed. By the time Pay Me My Money Down was in full swing, Bruce had seven girls up on stage to dance. Next came Darlington County, a superb Shackled And Drawn and the night’s other big showstopper Waiting On A Sunny Day.

This time around the main set was rounded off by the soulful Land Of Hope And Dreams: a song which highlights the divine vocal contributions of Curtis King Jnr [who plays a mean cowbell to boot], Cindy Mizelle [who co-stars with Bruce on Shackled And Drawn] and Michelle Moore. The Rising, Badlands and The Ghost Of Tom Joad all impressed before the encore.

Then came a four-part last stand that few artists could match, let alone top. Born In The USA tore the roof off the place, Born To Run remains as magnificent now as it did the day Bruce and producer Jon Landau signed off on the record, Dancing In The Dark made a girl’s 16th birthday one she’ll always remember and 10th Avenue Freeze Out, in this show’s context, is uplifting and profoundly moving.

Melbourne: Bruce Springsteen is in town. As he said as the lights finally faded, he’ll be “back on Tuesday for another spectacular”.

Can you feel the spirit? 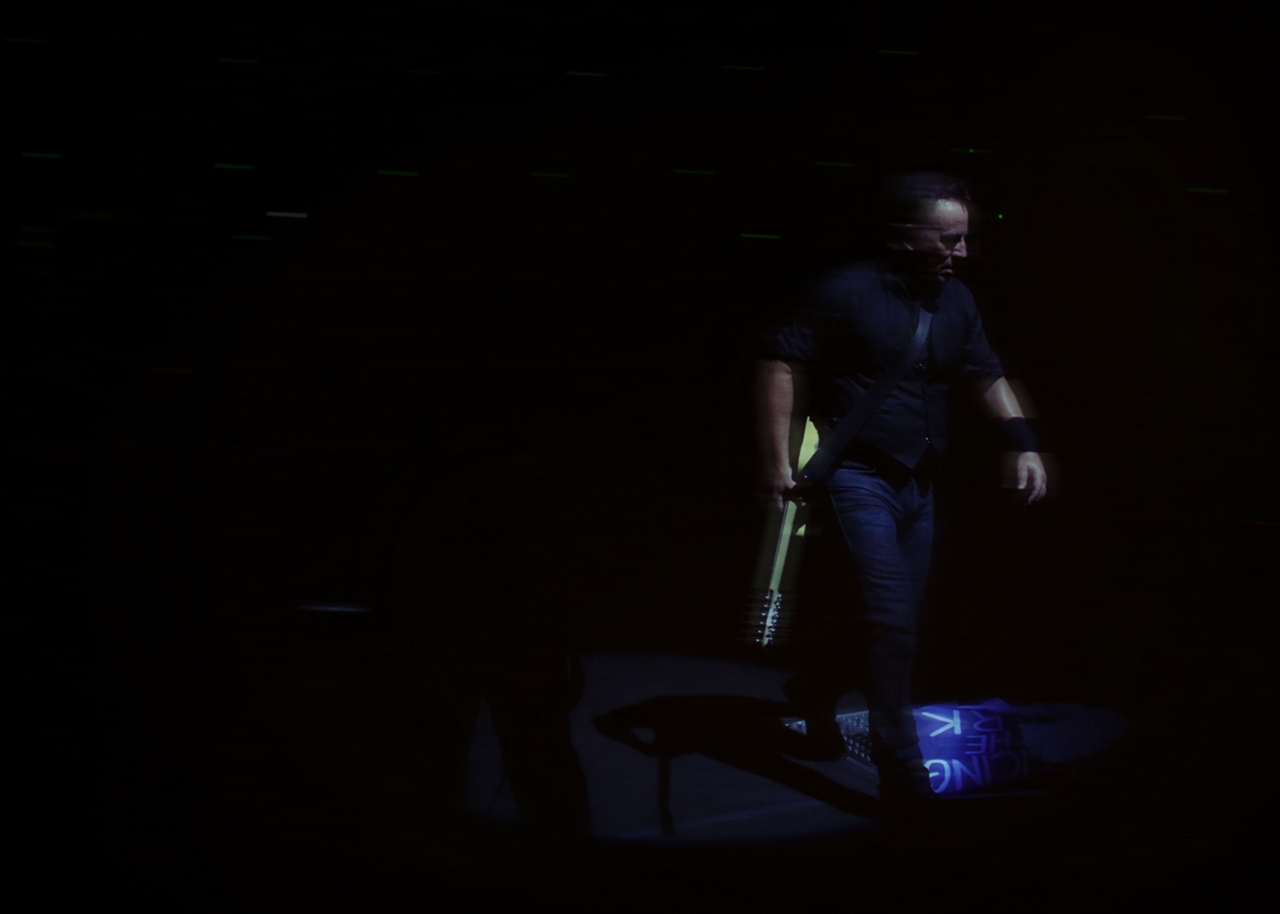 Notes from the road: Melbourne, Night #1