A message from Bruce

The election is coming up on all of us and we all have strong feelings about it. I’ve been getting asked a lot about where I stand, so for those who are interested, here goes.

This presidential election is different than the last one because President Obama has a four year record to run on. Last time around, he carried with him a tremendous amount of hope and expectations. Unfortunately, due to the economic chaos the previous administration left him with, and the extraordinary intensity of the opposition, it turned into a really rough ride. But through grit, determination, and focus, the President has been able to do a great many things that many of us deeply support.

Domestically, that record includes working to increase and expand employment for all, protecting our all important social safety net, passing guaranteed health care for most of our citizens, with important new protections for all of the insured, rescuing the auto industry and so many of the American jobs that go with it, protecting and enhancing the rights of women, and bringing us closer to full acceptance of our gay and lesbian brothers and sisters.

In foreign affairs, that record includes following through on the removal of troops from the misguided and deceptive war in Iraq, and vigorously pursuing our real foreign enemies, especially the killing of Osama Bin Laden.

Right now the opposition’s resort to voter suppression in so many states is not receiving as much attention as it deserves. I believe that all of us, of whatever views, should be opposing these anti-voter, anti-citizen efforts.

Right now, for the President to be effective in his next term he needs our increased support and he needs support in the Congress, where some sterling candidates, such as current Senator Sherrod Brown of Ohio, challenger Elizabeth Warren in Massachusetts, and so many others, are fighting to make their constructive voices heard.

Right now, there is an ever increasing division of wealth in this country, with the benefits going more and more to the 1 percent. For me, President Obama is our best choice to begin to reverse this harmful development.

Right now, there is a fight going on to help make this a fairer and more equitable nation. For me, President Obama is our best choice to get us and keep us moving in the right direction.

Right now, we need a President who has a vision that includes all of our citizens, not just some, whether they are our devastated poor, our pressured middle class, and yes, the wealthy too; whether they are male or female, black, white, brown, or yellow, straight or gay, civilian or military.

Right now, there is a choice going on in America, and I’m happy that we live in a country where we all participate in that process. For me, President Obama is our best choice because he has a vision of the United States as a place where we are all in this together. We’re still living through very hard times but justice, equality and real freedom are not always a tide rushing in. They are more often a slow march, inch by inch, day after long day. I believe President Obama feels these days in his bones and has the strength to live them with us and to lead us to a country “…where no one crowds you and no one goes it alone.”

That’s why I plan to be in Ohio and Iowa supporting the re-election of President Obama to lead our country for the next four years. 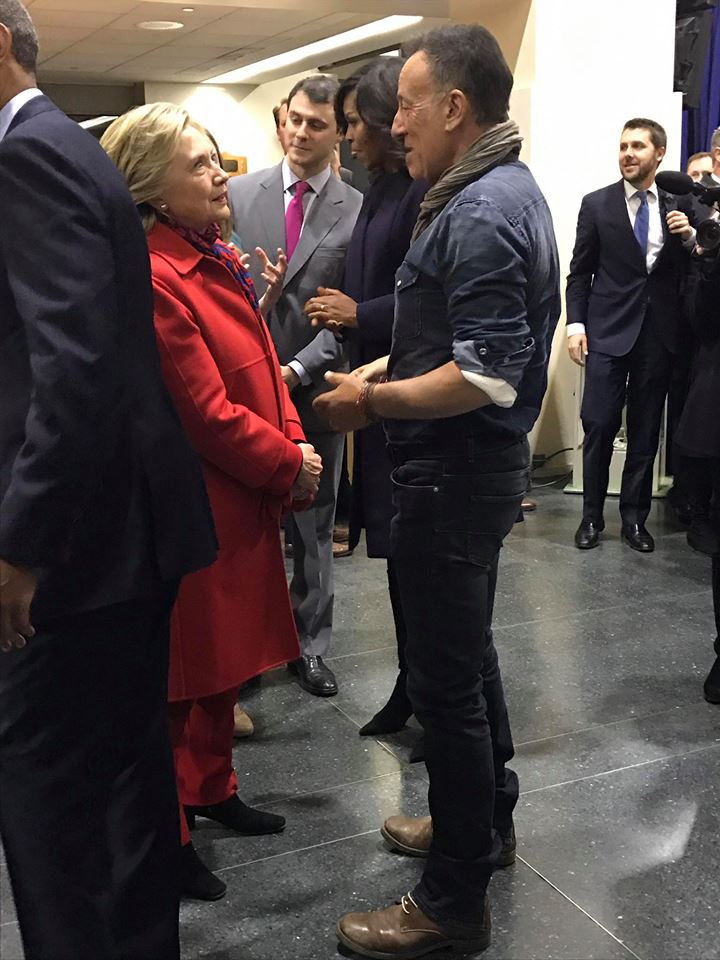 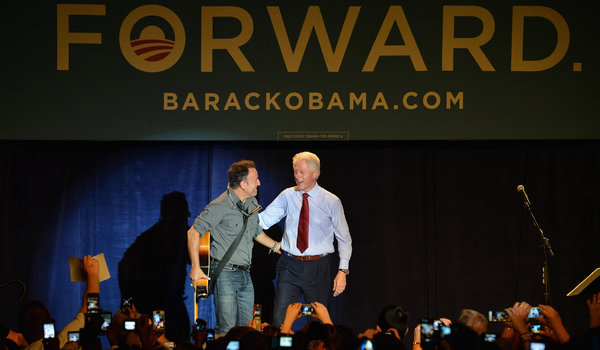